I had planned to replace the electronics in my guitar kit with those from a Stratocaster. It looks like this is not going to be as easy as planned…

In theory, it should be sufficient to take out the complete scratch plate and replace it with the one from a Stratocaster.

As it turned out quickly, the kit uses a scratch plate that only nearly follows the Stratocaster 11-point standard: 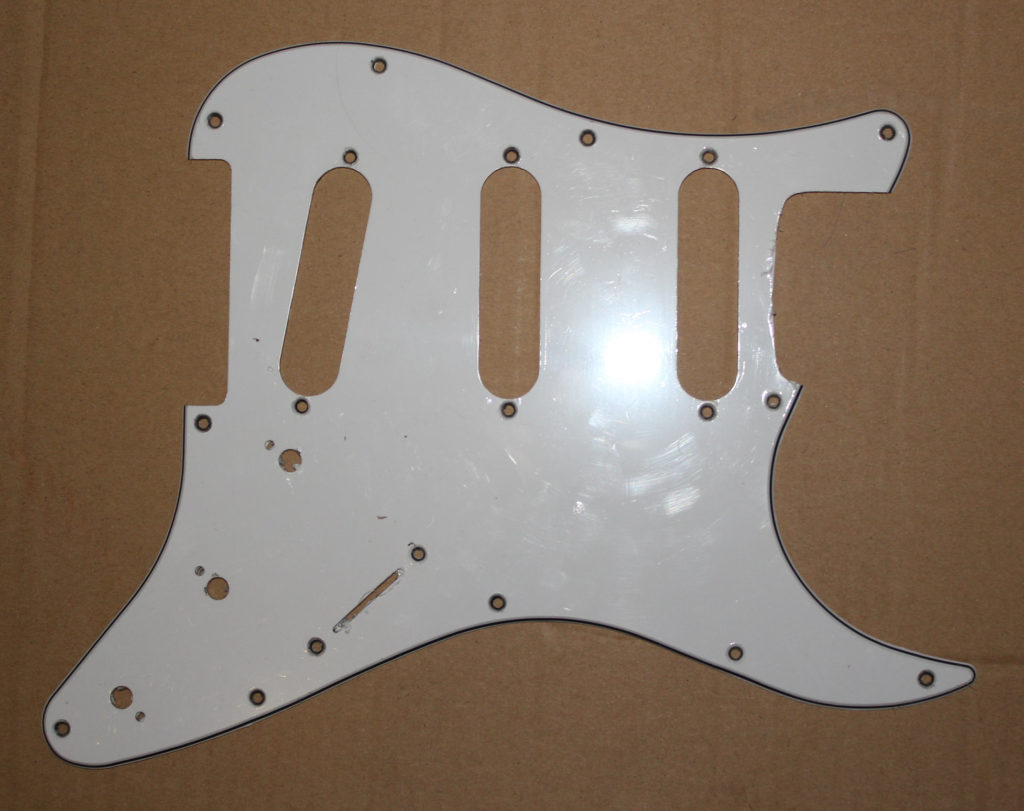 … who spots the differences? 🙂

There are some. One, of course, is that the 12-string has a wider neck than the 6-string counterpart. This would mean carving work if I wanted to use the Strat scratchplate (something the kit’s manufacturer obviously did by hand, and not to any degree of perfection). But this is not the only difference…

That leaves me with two options:

Since I already sold the kit’s electronics for little money and the scratch plate is empty anyway, I’ll take the first option for now. But this still doesn’t make potential switches to scratch plates of another color easy.

So I’ve contacted the manufacturer and asked which scratchplate was used in the kit and where I might find replacements in other colors. Until now, the only response I got was “We’re dealing with your request”. So we’ll see …

After some more digging, it seems that these pickguards are sold under the brand name “Guitarworks” on the manufacturer’s web site – but only in some color combinations, neither of which is optimal. The rest of the world, according to The Book Of Google, doesn’t know that brand, so it’s presumably a Gear4Music specialty.

In any case, here‘s a measurement of the pickguard.It doesn’t fit 100% yet (either the A3 scanner, the following image processing where I rotated the image by 0.7° clockwise, or the A3 printer introduced a deviation of slightly less than a millimeter over the whole length), and I still got to find out where exactly the error crept in; prime suspect is image processing. As a first approximation – and to find out whether, for example, an Ebay offer might fit – it should be sufficient.